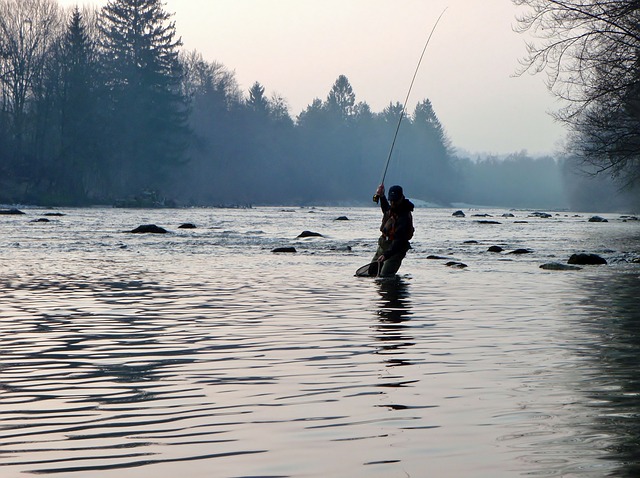 Fly fishing is an angling technique that uses a synthetic fly to bait and catch fish. Here you cast the fly using a reel, a fly rod and weighted line.

Because the fly is very light, the techniques used differ from those used in other casting. Usually fly anglers rely on hand tied flies that mimics fish food, such as invertebrates in order to lure fish.

Where is The Best Location?

This activity is usually done in saltwater or freshwater, and the location will determine the kind of fish you’re going to catch.

In North America for instance, freshwater fishing will likely land you a steelhead, salmon or trout, while bass are prominent in warm waters.

In the UK where there’s little distinction between water temperatures, the difference is between game fishing for salmon and trout and coarse fishing for other types.

The techniques used will depend on the habitat (open ocean, estuaries, bays, rivers, streams, ponds and lakes).

How is The Fish Caught?

You catch the fish using the artificial flies that you cast with the fly line and rod. The fly line (usually plastic coated) has to be heavy enough to thrust the fly to the fish.

What are The Artificial Flies to Use?

You can use different types of artificial flies; some resemble a swimming insect or a flying insect, while others look like a crustacean or bait fish. There are also lures that don’t look anything natural but are still able to lure fish.

The flies can sink or float, and the size ranges from just a few millimeters to 11.8 inches long. The majority however, are 0.3 to 2 inches long.

These flies are constructed from feathers, fur, hair and other natural and synthetic materials, and are fastened on the hook.

Natural materials were used on the earliest flies, but now synthetics have taken over their place. These flies are available in all sorts of shapes, sizes, patterns and colors to match different kinds of aquatic and terrestrial insects or any other prey that lure fish.

What Fish to Catch? 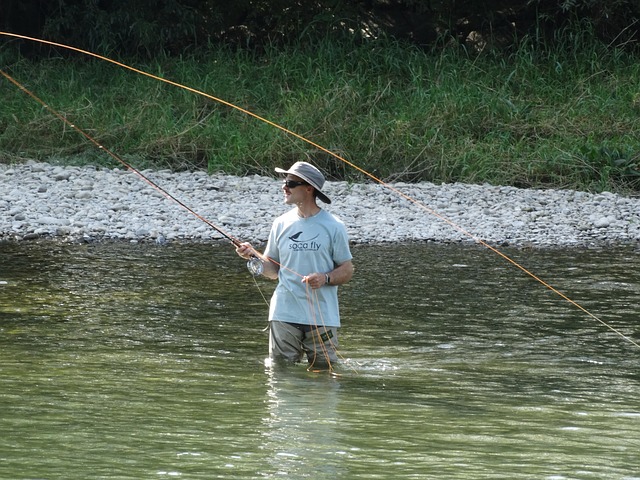 Fishing in freshwater usually means catching trout, but you can use this method to get salmon, grayling as well as carp, panfish, bass, pike, and several types of marine fish like striped bass, bonefish, tarpon, snook and redfish.

In addition, don’t be surprised if you end up catching other fish, as fly anglers often end up with rudd, bream and chub while going for the trout.

There’s no law that says you have to restrict your catch to trout, and it’s the trend nowadays to catch as many different fish as possible.

Technology has evolved, and continues to evolve, to the point that the biggest rods and reels can be used to target large fish like marlin and tuna.

Generally speaking, you can catch any fish on fly as long as the proper equipment is used and the fish falls for the lure.

Aside from your tackle, grab a good pair of polarized sunglasses and a hat so you’ll have an easier time seeing the trout.

Pay close attention to the water and take note of the insects or bugs flying around, as this can help you tell what fish is around.

If you’re after for trout, simply look for a spot where there’s plenty of food for fish and has protection (i.e. far from large fish) and chances are you’ll be able to catch some trout there.

That’s it, now go out there and catch some fish!